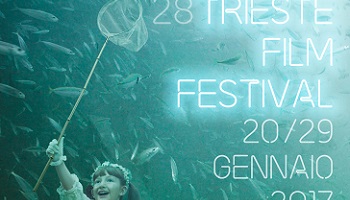 In Trieste on January, from 20th to 29th, there will be new edition of the Trieste Film Festival.

The Trieste Film Festival this year celebrates the 28th edition.

Over the years it has become increasingly important at national and international level. Becoming a a unique point of reference of its kind, especially with regard to the film industries of central and eastern Europe.