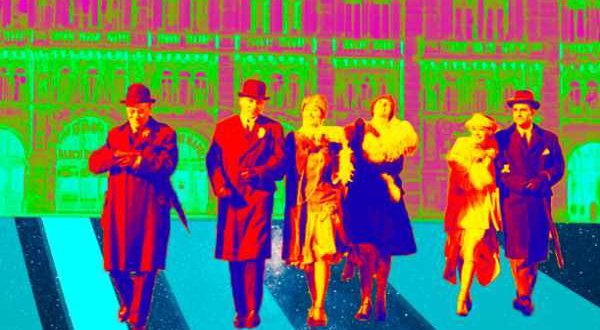 The TRIESTE FILM FESTIVAL 2018 returns from 19 to 28 January. The first and most important Italian appointment with the cinema of Central and Eastern Europe. Now in its 29th edition, directed by Fabrizio Grosoli and Nicoletta Romeo.

The festival continues to be a privileged observatory on cinemas and authors often not very well known to the Italian public, and to the "western" one. It is a bridge that connects the different latitudes of the cinema world, discovering in advance names and trends on the international scene.

Two, this year, the openings: the first, Friday 19 January, at the Teatro Miela, with SYMPATHY FOR THE DEVIL by Jean-Luc Godard. The inaugural event of the retrospective "Rebels 68. East'n'West Revolution". A film that is the symbol of an entire season, which "bombs" the traditional narrative through ten sequential planes.

The second opening, which will mark the debut of Rossetti as the main venue of the Festival on Monday 22nd January.

It will be entrusted to DJAM, the new film by Tony Gatlif: a work that mixes languages, nationalities and rhythms, in a journey made of music, meetings, sharing and hope. The closing marks the return to the Trieste Film Festival by Elisabetta Sgarbi, an all-round intellectual: filmmaker, writer, editor. In THE NEAREST ELSEWHERE, it accompanies the viewer on a journey to the boundaries of the elsewhere that is closest to us, a land made to be crossed and canceled millions of times.  The central core of the program is confirmed by the three international competitions dedicated to feature films, short films and documentaries. To decree the winners, once again, will be the public of the festival. Nine films, all premiered Italian, which make up the International Feature Film Competition.