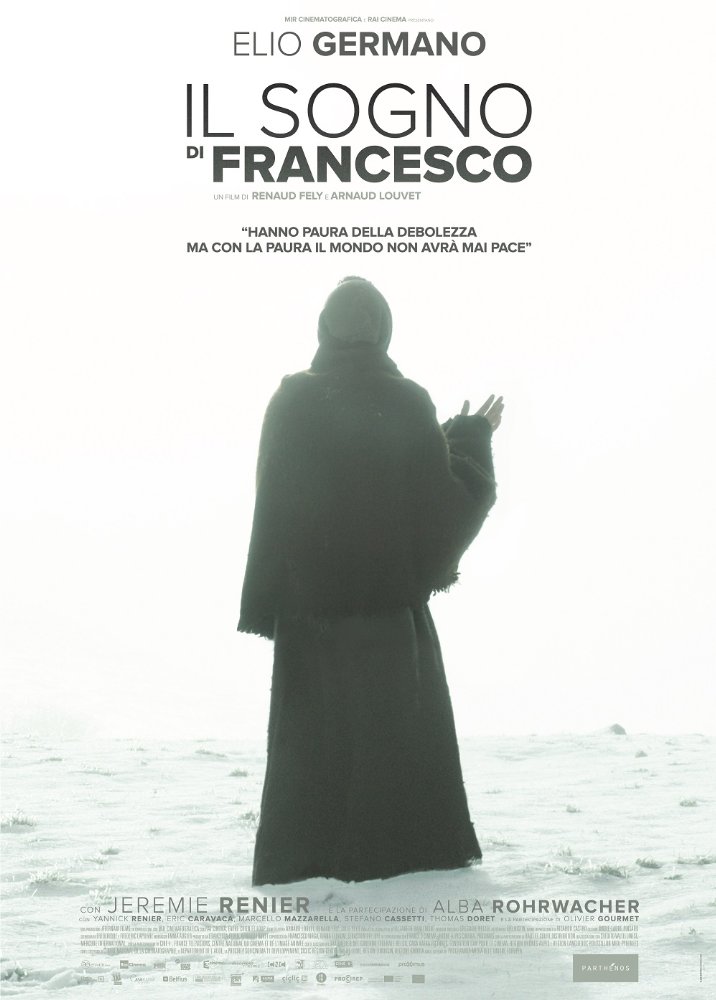 L'Ami: François d'Assise et ses frères The dream of Francis. It's the year 1209. Francis has just suffered the refusal by the Pope Innocent III to approve the first version of the rule intended by the growing group of brothers who decide to be inspired by the life of Saint Francis of Assisi. His close friend, Elias of Cortona, guide the relationship between the Brotherhood and the papacy. Francis tries to please all the brothers who ask to be less instransigente. But also not to lose and not stifle his joyful dream of love and faith. For God and the poverty that has decided to marry. He must pass a harsh and intimate struggle to reconcile two aspects. On the one hand the necessary compromises to not lose its fraternal and closer friendships. The other his ideals and his most ardent dream of life.
Year: 2016
Directors: Arnaud Louvet, Renaud Fely
Actors: Alba Rohrwacher, Elio Germano, Jérémie Renier
Genre: Biography, History
District: Apulia
Province: Perugia (PG)
Locations: Gubbio (PG), Parco del Monte Cucco (PG)