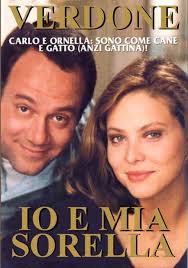 Me and My Sister

After his mother's death, Carlo tries to find his sister Silvia, who has not seen for years, to get her back home. Once returned, the woman, with her misadventures and clandestine affairs, will mess up the quiet life of Carlo. The film won the David di Donatello for Best Screenplay while Elena Sofia Ricci won for Best Supporting Actress. For the same category Ricci also won the Silver Ribbon while Ornella Muti won it for Best Actress.
Year: 1987
Directors:
Actors: Carlo Verdone, Ornella Muti, Elena Sofia Ricci, Mariangela Giordano
Genre:
District:
Province: Perugia (PG)
Locations: