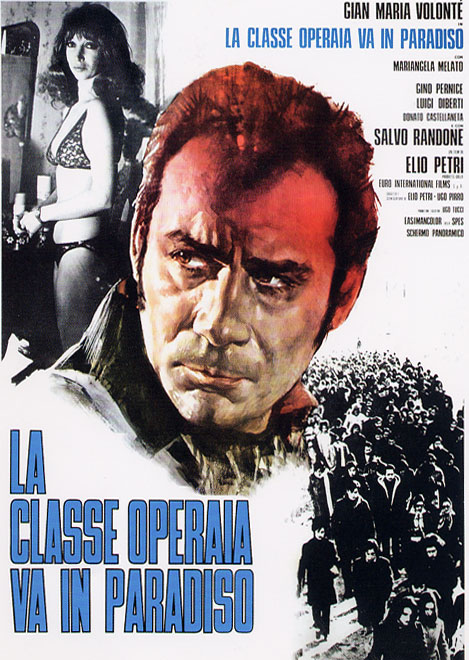 La classe operaia va in paradiso Ludovico Massa is a worker who is not interested about social problems or the protests of his colleagues: his only goal is to work, with absurd rhythms, to support himself. An accident at work will open his eyes, causing him to change his mind on the priorities of life, and to get him more involved in political and revolutionary groups. The film won the Palme d'Or at the Cannes Film Festival and Gian Maria Volonté received a special mention. Volonté also won the italian Golden Globe for Best Actor. The film also won the David di Donatello for Best Film and Mariangela Melato won the Special David for her performance. Mariangela Melato also won the Silver Ribbon for Best Actress while Salvo Randone won it for Best Supporting Actor.
Year: 1971
Directors:
Actors: Gian Maria Volonté, Mariangela Melato, Salvo Randone, Mietta Albertini, Gino Pernice, Luigi Diberti
Genre:
District:
Province: Novara (NO)
Locations: Novara (NO), San Pietro Mosezzo (NO)