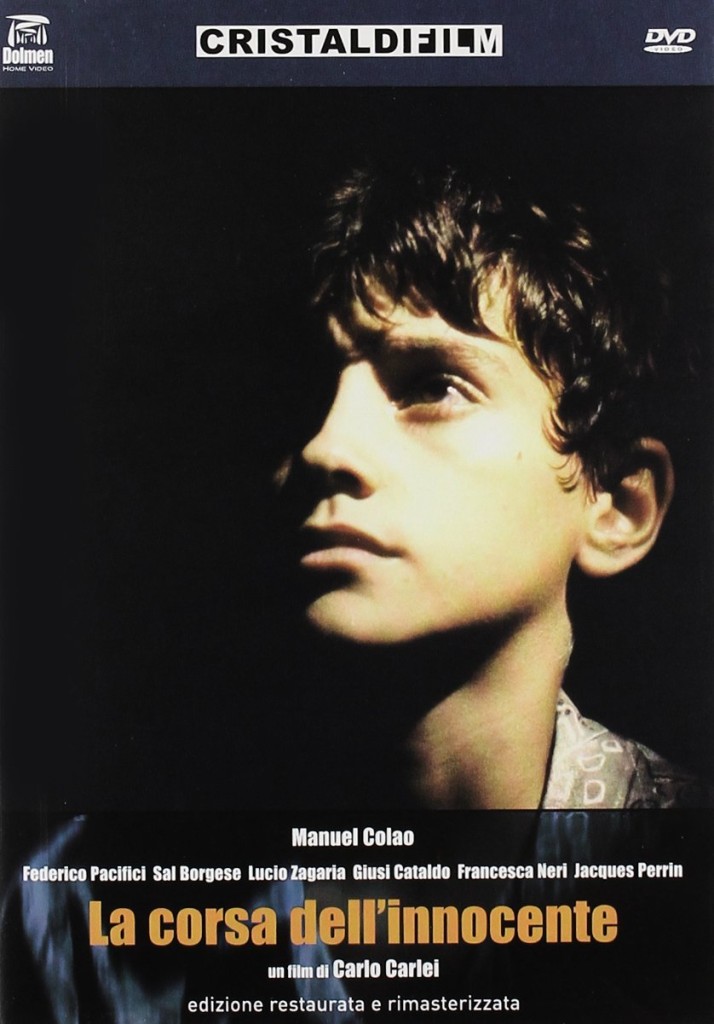 The Flight of the Innocent

La corsa dell'innocente One day, the family of Vito, who works with the 'Ndrangheta, is killed by a gang. The child, who survived the massacre, flees and takes refuge in a cave. There he finds a backpack and finds out that in that same cave lived also a boy his own age, Simone, who was kidnapped and died because of the struggles. Thus began the journey of Vito to Tuscany, Simone's home region. The film won the italian Golden Globe for Best Cinematography.
Year: 1992
Directors:
Actors: Manuel Colao, Francesca Neri, Federico Pacifici, Jacques Perrin, Nicola Di Pinto
Genre:
District: Calabria, Latium
Province: Reggio Calabria (RC), Rome (RM), Viterbo (VT)
Locations: Aspromonte (RC), Gioia Tauro (RC), Rome (RM), Viterbo (VT)