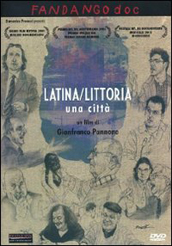 Latina / Littoria by Gianfranco Pannone is a 2001 documentary film about the everyday life of a municipality, specifically that of the Lazio town of Latina, and tormented process for the drafting and approval of the general plan. There are two characters of opposite ideological orientation but approached from the circumstances, the mayor Ajmone Finestra, veteran of the Salo Republic and the writer Antonio Pennacchi, winner of the Premio Strega with "Mussolini Canal." Best Italian documentary at the Torino Film Festival 2001 "Grotesque and disconcerting portrait of a reality penetrated with look and abilities by a real documentary filmmaker"
Year: 2001
Directors: Gianfranco Pannone
Actors:
Genre: Documentary
District: Latium
Province: Latina (LT)
Locations: Latina (LT)