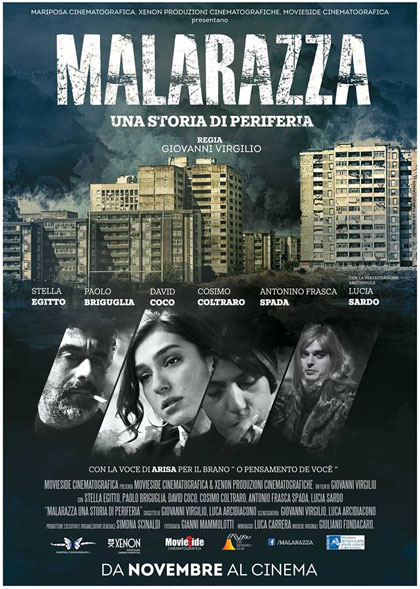 A film of Giovanni Virgilio. The film tells the story of a young mother (played by Stella Egitto, an emerging talent) and her son Antonino (Antonino Frasca Spada) who, together with the woman's brother (Paolo Briguglia in the role of transsexual Franco), are victims of a system of criminal power represented by the declining boss Tommasino Malarazza (David Coco) and Pietro (Cosimo Coltraro), called U Porcu. For these tragic existences there seems to be no hope for a social redemption.
Year: 2017
Directors:
Actors: David Coco
Genre: Drama
District: Sicily
Province: Catania (CT)
Locations: Catania (CT)