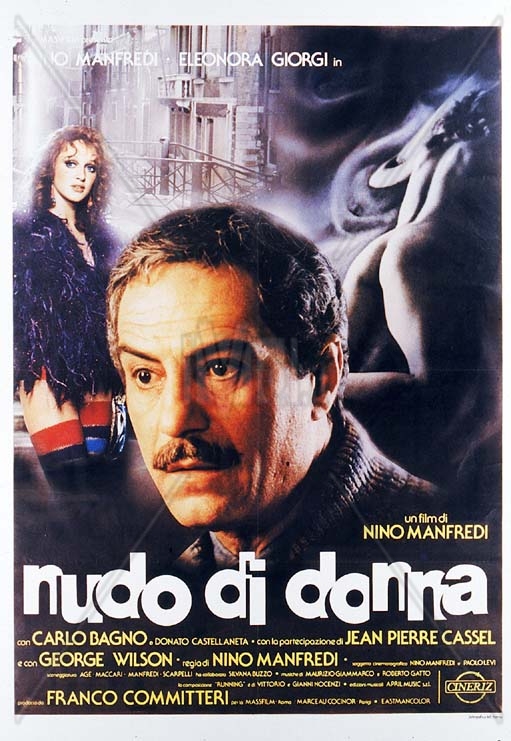 Portrait of a Nude Woman

A Roman adrift in Venice during Carnival. As he enters midlife, he argues with his wife. She's had enough of his moods, so they separate. His first night away, he sees a photograph of a nude; the image resembles his wife. He finds the model, and she looks exactly like his wife. Are they two women, are they one, and in the masquarade of Carnival, what is real?
Year: 1981
Directors:
Actors: Nino Manfredi, Eleonora Giorgi, Jean-Pierre Cassel, Donato Castellaneta, Carlo Bagno, Georges Wilson
Genre:
District:
Province: Venezia (VE)
Locations: