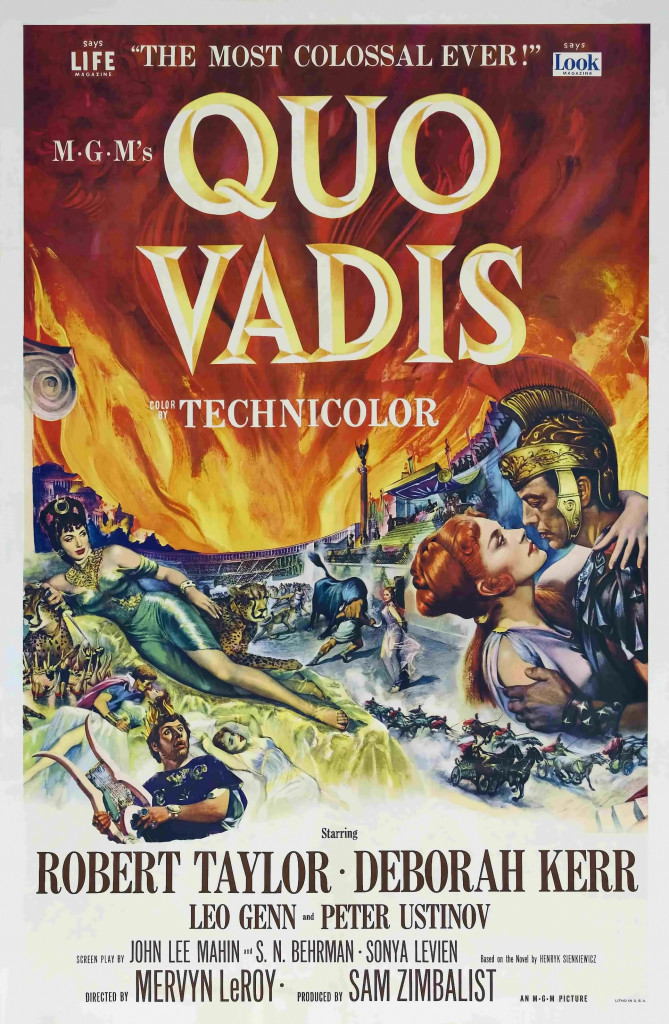 Quo vadis Adaptation of the historical novel by Henryk Sienkiewicz, the film is set in ancient Rome, during the time of Nero and of the Christian persecutions. The main story is about a Roman general who falls in love with a Christian and who rebels against the tyranny of the Emperor . Peter Ustinov won the Golden Globe for Best Supporting Actor and the film won the Golden Globe for Best Cinematography - Color.
Year: 1951
Directors:
Actors: Robert Taylor, Peter Ustinov, Deborah Kerr, Patricia Laffan, Leo Genn, Finlay Currie, Buddy Baer, Marina Berti
Genre: History, Religious
District:
Province: Rome (RM)
Locations: