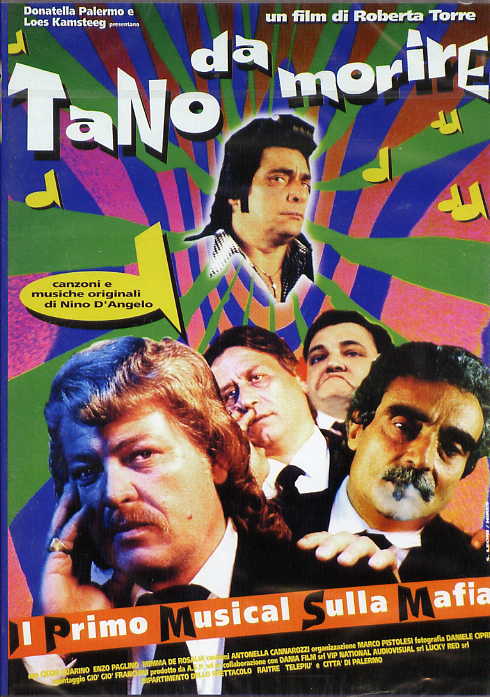 To die for Tano

A drammatic story told in a grotesque way. The mob boss Tano has been killed and the steps that had brought him to the mob and the familiy's relations are recalled. It won the First Feature award at Venice's Festival, the David di Donatello, the Italian Golden Globes and the Silver Ribbon for: Best New Director and Best Score. It won also a Silver Ribbon for the Best Supporting Actress.
Year: 1997
Directors:
Actors: Maria Aliotta, Mimma De Rosalia, Ciccio Guarino, Adele Liotta
Genre: Comedy, Musical
District:
Province: Palermo (PA)
Locations: