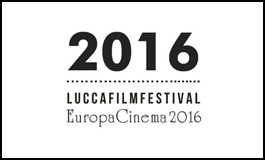 The Lucca Film Festival and Europa Cinema is an annual event that celebrates and promotes cinematic culture. The Festival is able to engage an ever-growing public through screenings, exhibitions, conferences and performances, which range from mainstream to experimental cinema. Throughout its history, the Festival has excelled thanks to its ambitious and well-researched programming. The Festival has paid tribute to celebrated figures in the cinema world while at the same time rediscovering other notable names and identifying up-and-coming talents. The beautiful cities of Lucca and Viareggio contribute to the Festival’s appeal, serving as the backdrop to an event that has become a much awaited and not-to-be-missed happening in Italy and Europe.