A new film in the magical atmosphere of the Delta 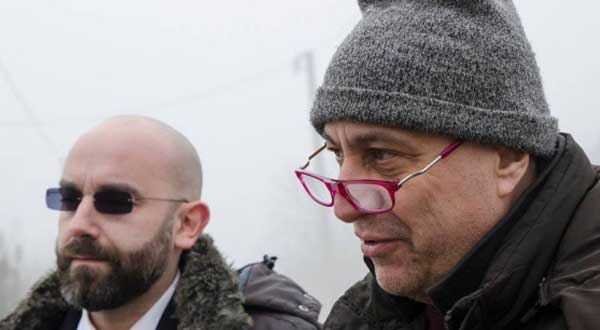 A new film in the magical atmosphere of the Delta

Delta, location of magic for the filming of a new film that will start on Sunday 17 December. In fact, the filming of the TPO feature film begins with director Ferdinando De Laurentis.

Shooting along the Delta

Occhiobello (Ro), Sunday, December 17 the Occhiobello TPO, with the inclusion of new students who started the courses in October, will begin shooting the new feature film based on the book by Sergio Gnudi entitled "Sensations".

The day will begin at the mouths of the Adige and in the morning it will turn on the beach and into the Venier valley.

In the early afternoon the troupe will move to Loreo and then to Rivà and San Basilio di Ariano Polesine, before arriving at the early hours of darkness in Adria, where they are scheduled to shoot street musicians in some suggestive corners of the center.

Two elderly spouses are in their last days of life and she decides to show her husband 10 little piles of photographs that, in some way, will make him relive 10 sensations.

At the center there are the feelings that are then the essence of life itself. The ten sensations of the work are linked by a story that has a "prelude", an "intermezzo" and an "epilogue", as in the book where Gnudi is the creator of the words and of the final construction of the work.

The main protagonists will be Marino Bellini and Bernadette Masarati, the adult couple.

While Nicolò D'Angelo and Paola Mardegan will be the young couple.

Obviously, next to them, there will be, as usual, a large group of people, including Giacomo Battaglia, Francesca D'Arienzo, Tiziana Orsi, Valentina Chinaglia, Silvia Panzani, Sebastiano Torelli.

Many others will join during the rest of the work that will end in April 2018, as the film provides many small roles and cameos interpreted by many Poles who have decided and will decide to marry this new project.

A journey into interiority ... between music and a few words

The music will be by Guido Frezzato, the photography of Giulio Pola and Bieffe Promotion of Lendinara will collaborate with his drones and the professionalism of Pierluigi Begossi and Riccardo Fozzato.

A film, which digs more in the interiority of man, in feelings and interpersonal relationships.

There is a relationship between three different generations, not easy, in an environment that is apparently isolated from the centers of power.

The film includes a few words, but important, as the generational conflict between biological and non-biological parents and children.