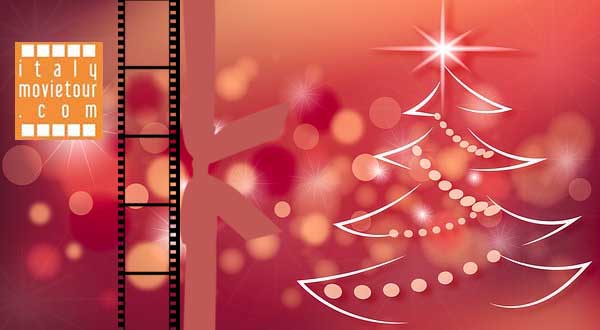 Christmas, so many lights, so many colors, and so many scents ... who has never wanted, in this period, to be on a sofa, with a blanket and a good movie about the magic of Christmas?

What to watch then to get prepared?

A special wish Here then, that the editorial staff of Italy Movie Tour, thanking you for your presence and participation, we HAPPY GOOD FESTIVALS with the classic films of Christmas, between past and present.

Classics of Christmas, between past and present

The nineties, a 'timeless comedy with Macaulay Culkin.

Several were the interpretations of "A song of Christmas" by Charles Dickens, here is the Disney version.

Are you traditionalists who want to see a movie with Santa on December 25? Here you are satisfied with the cult of cult with Santa Claus. That of 1994 is the remake of the original homonymous of George Seaton (1947).

Another timeless tale, born from the fervent mind of Roald Dahl.

One of the most famous mixed-media films (shot with animated inserts) of Disney's home was taken from a series of lucky books written by the highly confidential Pamela Lyndon Travers.

The antithesis of Christmas par excellence has instead become one of the fixed points of the Christmas tradition: the Grinch who hates Christmas.

Another classic of Christmas is the cinematic adaptation of Dickens' Christmas Song, the story of the redemption of Ebenezer Scrooge, a miserly and grumpy old man who, on the evening of Christmas, receives a visit to the spirit of Jacob Marley.

This American Christmas movie is a very moving classic.

The best CINEPANETTONI and ITALIAN classics

The first "cinepanettone". The film tells the Christmas holidays that a variety of characters is found to spend in Cortina d'Ampezzo.

The cheater of the laughter under the tree Christian De Sica plays the role of a well-known Roman lawyer who, before leaving for the holidays, decides never to betray his wife Sabrina Ferilli with her secretaries, who, in turn, instead he pretends to be faithful.

4) Christmas in the Cupiello house

Transposition for the television of the famous play by Eduardo De Filippo.

5) A Christmas in the South

A Christmas in South Peppino, a Milanese carabiniere, and Ambrogio, a Neapolitan florist, together with the beloved wives Bianca and Celeste, celebrate Christmas in the same tourist resort.

Natale Cinepanettoni Film Classici 2017-12-22
Redazione IMT
Condividi
Precedente We will be young and beautiful, shooting in Rome and Ferrara
Succ Christmas as a chef, the cinepanettone returns