Everything can happen 3, finished shooting 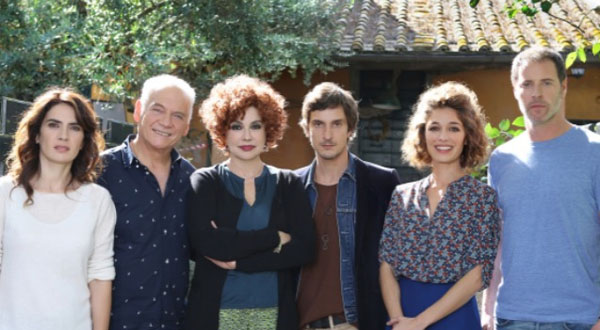 Everything can happen 3, finished shooting

Everything Can Happen 3, in fact, the filming of the third season of fiction has just ended;

film of the director Lucio Pellegrini.

Everything Can Happen which actors Pietro Sermonti and Alessandro Tiberi are the protagonists of.

Most of the shooting was shot in the city of Rome.

How we broke up

The final of the second season ended with many changes in the life of the lawyer Giulia: the latter decided to make a single life, after the marriage crisis with her husband.

While Alessandro has found a promising job, after the problems due to the economic crisis.

Carlo, for his part, has decided to retrace his steps, asking for the forgiveness of his partner Feven, after having betrayed her with another woman.

The actor Pietro Sermonti has shown a great talent: in a moment of fiction, his character tackles the problem of health of the mother, committed to fighting a serious illness and the woman decides to seek help from her eldest son.

Moving is also the moment experienced in one of the last episodes of the second season, in which Emma's husband decides to go to the elderly mother, after years of distance, because of their arguments.

What are the news concerning the airing of the third season?

At the moment there is not much news about it, but it should be broadcast between the end of 2018 and the beginning of 2019.

The cast of Everything can happen 3 is enriched with a new component!

It seems that in the next season of Rai fiction will be joined by the actor Giuseppe Zeno, actor of The Paradise of the Ladies and Disappeared.

The actor Pietro Sermonti and the commitments of the cast

The actor Pietro Sermonti represents a guarantee for Italian fiction: he was one of the most loved and appreciated faces of the television series Un Medico In Famiglia.

This year the actor was also the protagonist of the film, entitled Terapia Di Coppia for lovers, together with actress Ambra Angiolini.

Alessandro Tiberi, who plays the role of Carlo in the fiction Tutto Tutto Succedere, is engaged in new work projects: he is on the set of a series, entitled Lontano Da Te, in which he stars together with actress Megan Montaner.

In recent years he has also played important roles in some films, including Generation Thousand Euro and Immaturi, but it is the fiction that made him known to the general public and offered him greater visibility.