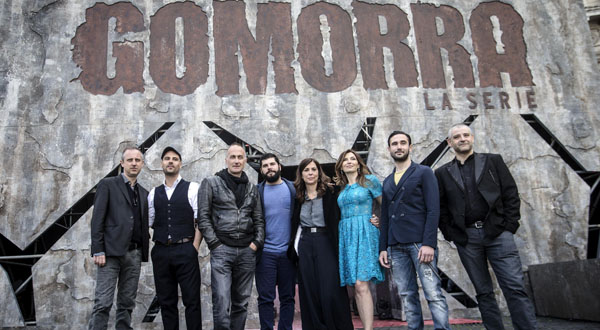 Napoli, Bologna e Londra, Gomorra 4, here start shooting the fourth season of the series. Ciro Di Marzio will also return: he will sign the direction of some episodes.

First clapperboard in mid-April and shooting in Naples, Bologna and London for the fourth season of Gomorra - La serie.

As for the cast, however, sees the return of Salvatore Esposito, Cristiana Dell'Anna, Arturo Muselli, Loris De Luna and Ivana Lotito.

We will see them, respectively, in the role of Genny, Patrizia, Enzo "Sangueblu", Valerio and Azzurra.

The fourth season debuts in Italy on Sky Atlantic in the spring of 2019.

Marco D'Amore stopped playing the role of Ciro Di Marzio, will sign the direction of some of the new episodes.

D'Amore had already directed for the American Buffalo theater, of 2016, a show that also interpreted, and wrote, produced and interpreted in 2015 the film A Safe Place, nominated for 2 Silver Ribbons.

In addition to Marco D'Amore's debut behind the camera, Francesca Comencini returns to directing artistic supervision in the new season.

He will do it, collecting to all effects the baton from Stefano Sollima that that role had brought him forward successfully in the first two seasons, and Claudio Cupellini, in the directing team since the debut of the series.

To direct some episodes also Enrico Rosati, assistant director in the previous seasons and director of Gomorrah VR - We own the streets.

Gomorrah, in competition at the Venice Film Festival 2017 in the VR section, and Ciro Visco, also assistant director in the first three seasons.

To shoot the new episodes, production will also stop in London.

This is how the international vocation of the story of the series is confirmed, after the incursions in Honduras, Spain and Bulgaria during the previous seasons.

The new season of Gomorra, original production Sky, Cattleya and Fandango in collaboration with Beta Film, in 12 episodes, from an idea by Roberto Saviano and taken from his novel of the same name.

It is written by Leonardo Fasoli, Maddalena Ravagli, Enrico Audenino and Monica Zapelli. Directors of photography will be Ivan Casalgrandi and Valerio Azzali.

The first three seasons of Gomorrah, a real cult of TV seriality sold in over 190 territories, were received in Italy and around the world, with hype and enthusiasm from the public and critics, obtaining numerous prizes.

What will we see?

After the sudden death of Ciro (Marco D'Amore) who closed the third season, Genny and Patrizia must establish a new balance in the system.

While, Enzo and Valerio, have confirmed the position of their clan in the center of Naples.

New threats and ruthless enemies await the protagonists, Genny will have to make difficult decisions to protect his family.

Bologna Gomorrah Naples (NA) Gomorra 4 London 2018-04-06
Redazione IMT
Condividi
Precedente From South Tyrol: What do you do on New Year’s Day?
Succ Franco Nero in Sardinia for a new film