In Vicenza, the new film, The Awful Wars 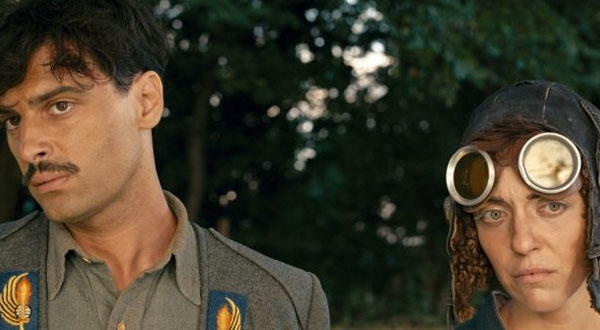 In Vicenza, the new film, The Awful Wars

The Awful Wars, is the new film directed by Giulia Brazzale, Luca Immesi.

Will be released at the cinema Monday, April 16, 2018, distributed by Moovioole. 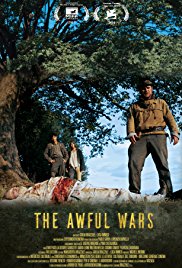 The horror of all wars, The Awful Wars

In an indefinite forest, the meeting of three singular characters takes place.

The first is the Captain, a melancholic "war idiot" who has just returned from the First World War.

It is a wandering artist, exalted and dreamy, now reduced to telling his stories to the creatures of the forest, he is helped by his young and weird Scudiero.

The two live a bizarre daily life until a wounded Soldier breaks, a victim of total amnesia.

The relationships are immediately intense: antipathy between the first and the newcomer, harmony between the soldier and the squire.

The situation is charged with emotional tension until the ineluctable epilogue, between shocking revelations and consequent twists.

The Awful Wars ... from a theatrical text

Freely drawn from the homonymous theatrical text by Pino Costalunga, The Awful Wars is a fantastic comedy, written by Livio Pacella and directed by Luca Immesi and Giulia Brazzale.

In fact, "Awful" is used in the meaning adopted by Machiavelli to define the great wars of Italy.

Wars understood not only as horrible, but also grandiose, imposing.

The horrors of the war, however, are rarely shown, leaving rather room for the horrible effects of war on the veterans, which amnesty and harrowing memories, can only survive after so much pain.

The theatrical inspiration guides, then, the entire staging that begins with the lightness of a dreamlike and surreal fairy tale gradually turning towards the drama of war, raw and realistic.

The grotesque is the figure of a vision that is only explained in the paradox. In an unspecified wood without boundaries or ways out, we find the three characters, prisoners of their memory, condemned to oblivion.

In the dark forest that becomes a claustrophobic purgatory, the only escape granted is that in memory, the only story still possible is that of the war to be re-enacted day after day not to forget.

In the labyrinth of memory, the Captain, the Squire and the Soldier exchange the masks in this representation, at times circus and jolly, in which the actors become spectators and vice versa.

In the spectacle of a past that only in black and white can be remembered, the three characters are rediscovered dreamed by other dreamers in a personal theater of horror that each carries within himself.

Luca Immesi and Giulia Brazzale then investigate, in a surreal vision, the idea that wars and violence are only the result of personal conflict that lies unsolved in the microcosm that is in each of us.

A film that can be called a rare experiment of magical realism.