It comes out in the cinemas “Il bambino di vetro”, shot at Palermo 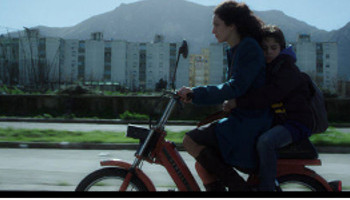 It comes out in the cinemas on April 14 the new movie by the director Federico Cruciani "il bambino di vetro" that takes inspiration from Giacomo Cacciatore's novel "Figlio di vetro". The movie was shot in Palermo, with suggestive glimpses of the histoic centre and of the maritime area of the harbour. In the cast  Paolo Briguglia, Vincenzo Ragusa, Chiara Muscato, Vincenzo Albanese, Fabrizio Romano. The movie tells about the passage between childhood to adolescence, a very difficolut period of its own, but in this case particularly violent, because on the background of a society forced to live with mafia's insanity.
Palermo (PA) Paolo Briguglia Sicilia Film Commission 2016-04-14
Redazione IMT
Condividi
Precedente Toni D’Angelo’s crime movie shots are beginning between Naples and Caserta
Succ Antonio Banderas in Rome for the shots beginning on April 18