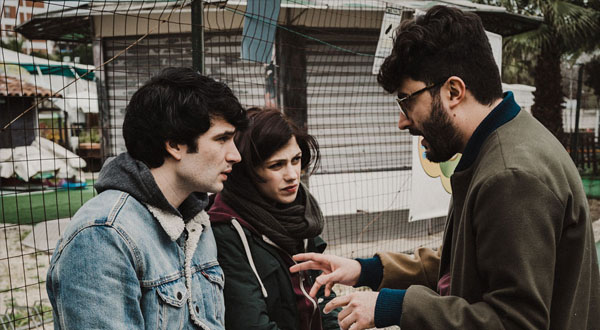 Mario Vitale returns to Puglia with, Take care of me

Take care of me, it is the new work of Mario Vitale.

Which, after the excellent reception by the public and critics of "Nowadays work you have to invent it", returns to sign the direction of a new short film.

Let's remember it was a work interpreted by Fabrizio Ferracane and Francesco Aiello.

"Nowadays you have to invent the work" has received important awards from national and international festivals.

Take care of me, work and production

The work whose shooting has just ended, was filmed in Puglia in the last weeks of March.

It is produced by Open Fields Production in collaboration with the Apulian production company Sinossi Film by Pietro Manigrasso.

Winner of the NuovoIMAIE call for bids and realized with the collaboration and support of the Apulia Film Commission.

Take care of me, synopsis

The screenplay written with Francesco Governa, tells the story of Alice, a girl tormented by a recurring nightmare.

A nightmare, which every night brings back to its mind the tremendous trauma, never really overcome, of a violence suffered in the past.

Since that day, Alice has closed in on herself, has stopped talking and has decided to communicate with the world with phrases written on small colored post-it.

Alice finds comfort only in her love for cinema and, thus, she spends her days watching movies.

Films of his childhood and attending a small video library for a few aficionados.

Right here, one day, Alice meets Marco, with whom he shares the passion for the films of the '80s and' 90s and it will be thanks to him that he will finally decide to make a change in his life.

Take care of me, cast

For the role of the protagonist of the short film, the choice fell on actress Daphne Scoccia.

Romana by adoption revealed to the public and critics for the film Fiore, by Claudio Giovannesi.

Film with which he received the nomination for David di Donatello as best protagonist, the Guglielmo Biraghi Award for Best Newcomer to the Silver Ribbons and the Ciak d'Oro as a revelation of the year.

To her, they have joined: Filippo Scarafia, famous face of the Rai fiction "The Paradise of the Ladies".

Then again, Alessandro Cosentini, actor in the fiction "Rocco Chinnici" on Rai1 and starring in the videoclip of Brunori SAS "La Verità".

Pino Torcasio, which boasts the presence in some series as "Romanzo Criminale" by Stefano Sollima and Azzurra Martino, from Bari, Checco Zalone's partner in the movie "Quo Vado?".

The short will be completed by the summer of 2018 and presented in major national and international festivals.