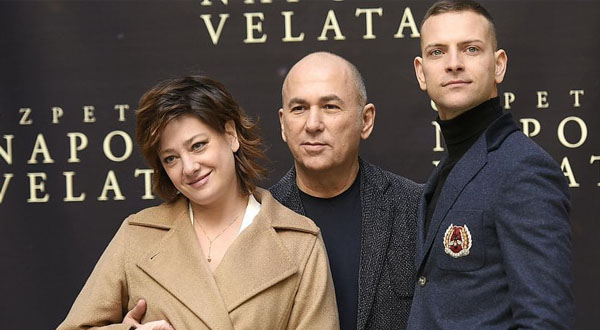 History between love, mystery and secrets

A woman with her secrets, her traumas, her obsessions. It is a realistic sex scene, of audacity never seen before in the cinema, interpreted with conviction and without modesty by Giovanna Mezzogiorno and Alessandro Borghi.

Ferzan Ozpetek returns to focus on strong emotions and is at the center with Naples veiled, his new film awaited movie on December 28 (with Warner Bros).

In the cast also Anna Bonaiuto, Lina Sastri, Isabella Ferrari, Luisa Ranieri, Maria Pia Calzone, Peppe Barra. Under the banner of twists and revelations, veiled Naples takes its cue from the night of unbridled eros that the protagonist, a coroner, lives with a fascinating stranger met at a party.

The two decide to meet again, but the events fall and the life of the woman takes an unexpected turn, destined to intertwine with her past. Ozpetek, 58, tells his challenge.

An idea that comes from Istanbul

The director explains that the film's idea came during a meeting in Istanbul, at dinner with the actress and friend Serra Yilmaz.

There was an anatomist-pathologist who took leave soon because the morning after, very soon, he had to practice an autopsy. He began to think what would happen if he found someone he knew on the table ... This idea no longer left the director who started thinking about the story of his latest film.

Naples and his veil

The choice of Naples not new to directors tries to exalt in this film: its culture, ancient and magical, avoiding the plague, the stereotypes, the folklore, the postcard effect.

The director has also filmed the "Figliata", the ritual in which a man gives birth behind a veil: and the veil, lying on some monuments and paintings of Naples, is the key to understanding the city.