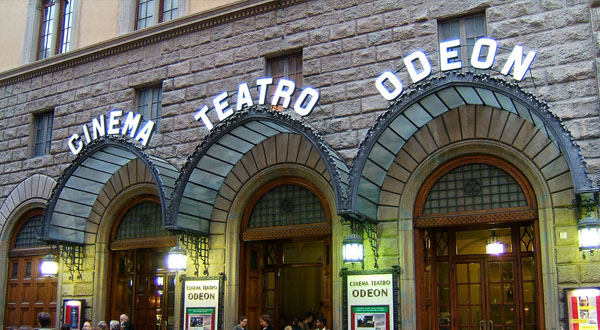 With this cinema the city of Florence says "stop" to polluting emissions from next February 1st.

From February 1st the Odeon, historical Florentine room, will be the first cinema to completely zero the C02 emissions in the atmosphere.

Thanks to an agreement signed in recent months between the Odeon property and the Florentine Italia Rinnovabile company.

Agreement in which the "core business" are clean energy, the historical cinema-theater in Piazza Strozzi will be transformed into a building with zero carbon dioxide emissions.

The conversion, obtained without any investment and without modifying the existing plants, will also allow an economic saving.

To understand the impact of this operation, just think that until last year the Odeon produced and released in the atmosphere about 100 tons of CO2 every 12 months.

Odeon, a cinema, a theater, a story

The room is housed in Palazzo dello Strozzino, a Renaissance building in the city, designed by Filippo Brunelleschi.

Furnished in art deco style, it still preserves all the original furnishings.

The room has been used as a set for some films that have made the history of Italian cinema, such as "Hollywood Babilonia" by the Taviani brothers.

Despite the crisis that has hit the Florentine cinemas, with numerous closures in recent years and rooms transformed into restaurants, premises and even banks, the Odeon has resisted in recent years.

And it continues to be, among other things, one of the very few rooms in the historic center of Florence, with a very rich program.

A "program for all tastes", which alternates arthouse projections (with a rich program of events in the original language, very successful in the Anglo-American community) to more commercial films and projections-events.