Ötzi on the big screen, a whole South Tyrolean movie 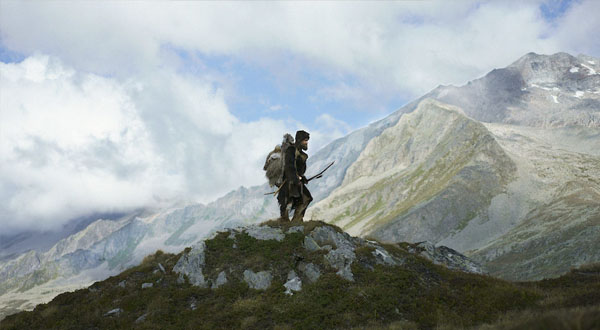 Ötzi on the big screen, a whole South Tyrolean movie

The Ötztal Alps, more than 5300 years ago. A Neolithic clan has settled near a creek. It is their leader Kelab's responsibility to be the keeper of the group's holy shrine Tineka. While Kelab is hunting, the settlement is at- tacked. The members of the tribe are brutally murdered, amongst them Kelab's wife and son, only one newborn survives - and Tineka is gone. Blinded by pain and fury, Kelab is out for one thing alone - vengeance. The pursuit of the murderers is shaping up to be quite an odyssey for Kelab. He fights for the infant's survival and against the forces of nature. And a fatal error even turns Kelab from hunter to hunted. On top of all that, the loneliness causes Kelab to doubt his actions more and more. When Kelab finally faces the murderers of his clan, his greatest challenge will be not to become a victimizer himself. - Ötzi - The Iceman is one of the oldest and most well-known mummies in the world. With emotional impact, writer/director Felix Randau depicts the first unsolved murder case in the history of mankind.