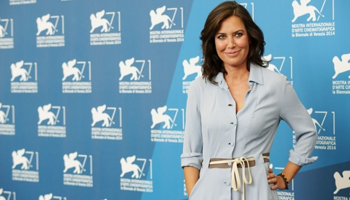 Sabina Guzzanti will receive the Mario Monicelli Award for comedy, now in its fourth edition.

The Mario Monicelli Award returns this year too. It is a stable event that reaches its fourth edition. After winning authors of Italian comedy as Fausto Brizzi, Giovanni Veronesi, Carlo Verdone, this year the Mario Monicelli Award will be given to an author, director and actress who Monicelli loved and knew how to use the play, along with the satire and to the movies, not only as amazing tool of criticism of the existing, failing to apply and transform its language in a multiple horizon of media: from theater to television, from the web to film. The awards ceremony will take place in Grosseto on April 15 in the presence of Sabina Guzzanti who will talk in the theater with Jacopo Mosca and Mario Sesti. During the evening there will be a selection of clips taken from shows and movies of the same Guzzanti. The Mario Monicelli Award Festival DiVino Commedia is cured by the Grosseto Culture Foundation under the patronage of the Tuscany Region and the collaboration of the Municipality of Grosseto.