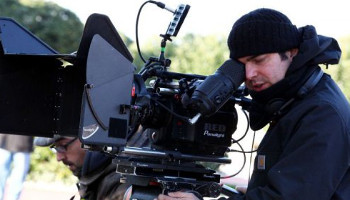 On April 4 the shots of "Falchi" the new film by Toni D'Angelo, young and talented director who comes back to narration cinema telling a story of violence, crime and redemption. The movie is the new piece of the productive partnership between Minerva Pictures, Bronx's sons and Rai Cinema. Written by Toni D'Angelo together with Giorgio Caruso and Marcello Olivieri, the film is set in the Naples of degradation and mob, of dark alleys and violent pursuits, and it will be a gangster movie with a tense and fast rythm. The movie will be realized in five weeks os shots, the first of which at Castel Volturno, Caserta province, the others at Naples. It will come out in the cinemas on November 2016.
Michele Riondino Naples (NA) Pippo Delbono Stefania Sandrelli Toni D'Angelo 2016-04-12
Redazione IMT
Condividi
Precedente Easy: Andrea Magnani shots in Trieste and surroundings
Succ It comes out in the cinemas “Il bambino di vetro”, shot at Palermo