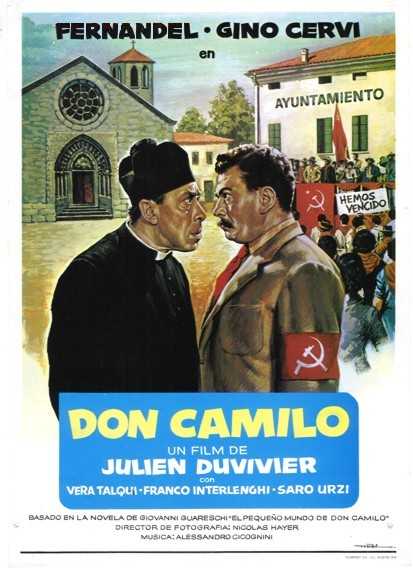 The Little World of Don Camillo

The film was based on the novel by Giovannino Guareschi. Don Camillo is a priest with a strong character and he's always fighting with the mayor, Giuseppe Bottazzi, called Peppone, who's a communist. Fernandel won the Silver Ribbon for Best Foreign Actor in Italian Film.
Year: 1952
Directors:
Actors: Fernandel, Gino Cervi, Giorgio Albertazzi, Franco Interlenghi, Sylvie
Genre:
District:
Province: Reggio Emilia (RE)
Locations: Brescello (RE), Boretto (RE), Gualtieri (RE)