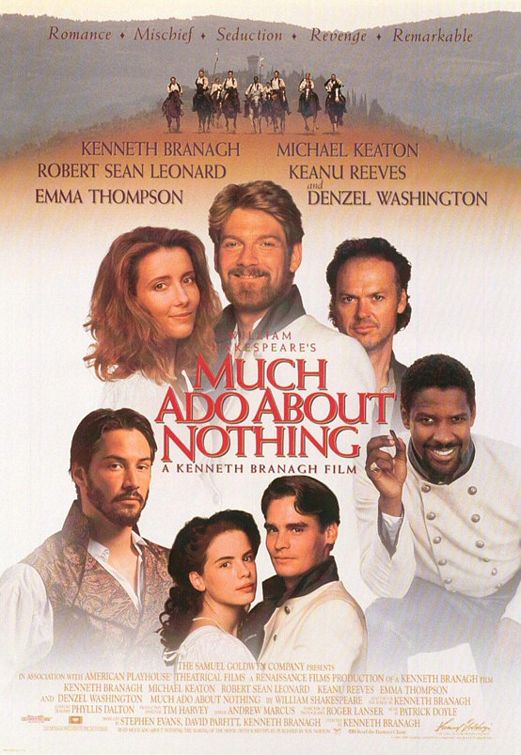 Much Ado About Nothing

Much Ado About Nothing

Based on William Shakespeare's play of the same name, the film tells the story of Claudio and the beautiful, two lovers who want to marry but are hampered by Don John, and Benedick who, returned from the war, is reunited with his beloved Beatrice.
Year: 1993
Directors:
Actors: Kenneth Branagh, Emma Thompson, Denzel Washington, Michael Keaton, Robert Sean Leonard, Kate Beckinsale, Richard Briers, Keanu Reeves
Genre:
District:
Province:
Locations: