Love with the World, the first movie-sharing movie 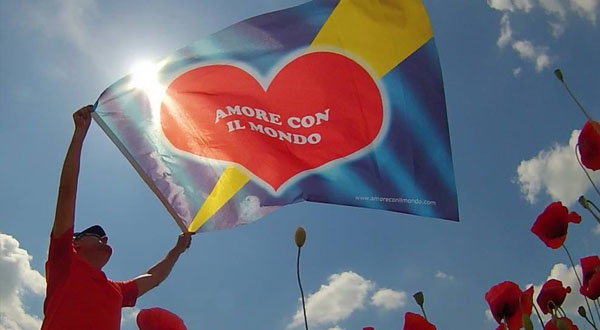 Love with the World, the first movie-sharing movie

Love with the World, the appointment with the first voluntary project of movie sharing is for Friday, January 26th. At 4 pm, in the meeting room of the Palazzo delle Esposizioni in Mariano Comense.

Paolo Goglio and Daniele Garavaglia, among the founders of the newborn cultural association Amore con il Mondo, present the project of a film for cinemas to which everyone can participate.

The themes of the film have already been proposed in the television series "Love with the World" (6 seasons, 150 episodes), distributed throughout the country on 25 television stations including TeleMilano, Telecapodistria and Odeon TV. Now the time has come for distribution to the film circuit with a community film. An innovative creative volunteering project to which everyone can participate with their skills, qualities or knowledge.

Two phases of the project

The project is divided into two phases on a two-year plan: the first year, which aims to collect the largest number of participants. They will therefore start working groups between actors, technicians, extras, training workshops ... Other groups will deal with organizational issues, social issues, production and recovery phases.   In 2019 the project will come to its completion with a first vision at the Excelsior hall of the Anteo cinema in Milan. Following, the other projections based on the agreements reached. The film will then pass to already-established television circuits and a distributor of multimedia content.

The importance of the territory

The territory involved is of particular importance, defined around the areas of Milan, Lecco and Como. The enhancement of natural beauties, the spontaneous interpretation of people and groups of all ages, from the young to the elderly, the possibility for those who have experience of transmitting it to others. To achieve an important common goal: the result of a group work that can move, move, raise awareness and, with a little luck, bring Love ... into the world!

Only end: love FOR the world

It will be a completely self-produced film free from commercial or ideological contaminations. With the revenues of Love with the World, new projects and the social section will be created. Section, which provides for the study and research of methodologies aimed at improving the psychological, emotional and spiritual condition. Above all, with particular attention to the elderly, to the world of psychic and physical disability, to lonely people, to social isolation and to the needy in general.

To join the project of the film "Love with the World" you must participate in the official presentation, Friday, January 26 (16 hours). At the meeting room of the historical exhibition building in via Giacomo Matteotti 8 in Mariano Comense as part of the Exposana Fair.  In the days following Saturday 27 and Sunday, January 28, the authors and the leaders of the association will still be present at the stand dedicated to collect membership and participation.