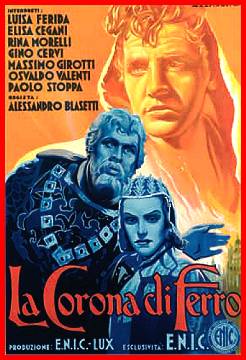 In Kindaor, an imaginary country, there is a fraternal struggle for the conquest of power. Eventually will be Sedemonto who, killed his brother, will take over the throne. Survived the massacre is Arminio, son of the deposed king, who takes refuge in the woods. Years later, the young man returns to avenge his father and liberate the country from the usurper king. The film won the Mussolini Cup at the Venice Film Festival for Best Italian Film.
Year: 1941
Directors:
Actors: Massimo Girotti, Gino Cervi, Luisa Ferida, Rina Morelli, Paolo Stoppa, Osvaldo Valenti, Elisa Cegani, Primo Carnera
Genre:
District:
Province: Rome (RM)
Locations: