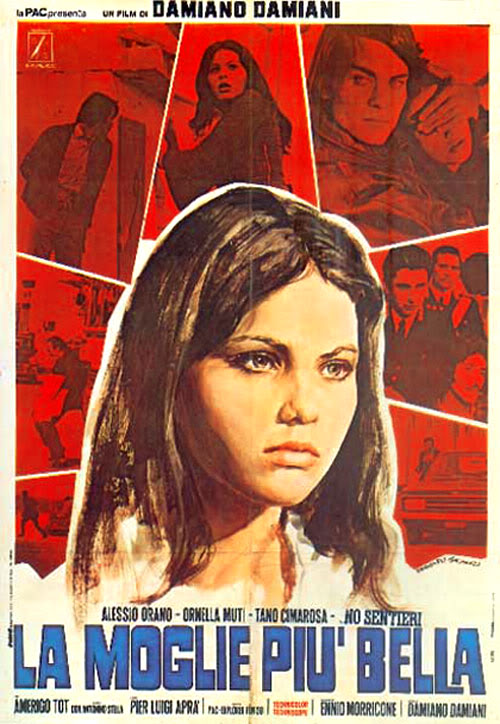 The Most Beautiful Wife

La moglie più bella Film loosely based by the story of Franca Viola. The sixteen-year-old Francesa becomes the love interest of Vito, a mafia boss. At first the girl accepts the marriage proposal but, after discovering his possessive character, rejects him. The man, wounded in his pride, has his boys kidnap her and he rapes her. But Francesca will find the courage to go against her village's mentality and to go to the police to report him. Based on the story of Franca Viola. Ornella Muti won the Golden Goblet for Best New Actress.
Year: 1970
Directors:
Actors: Ornella Muti, Alessio Orano, Joe Sentieri, Amerigo Tot
Genre:
District:
Province: Palermo (PA), Trapani (TP)
Locations: Cinisi (PA), Partinico (PA), Gibellina (TP)