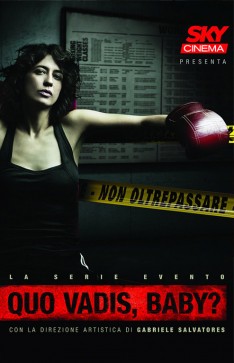 Quo vadis, baby? La serie The miniseries is made of 6 episodes and is inspired by the eponymous film directed by Gabriele Salvatores. The protagonist is a private investigator, a woman with a strong and enterprising character. In each episode, her investigations lead her to delve into the darkest degradation of the reality of the province and the suburbs of the city of Bologna. Wire conductor of the series, which combines all the episodes, is the mysterious death of Sarah, sister of the protagonist.
Year: 2008
Directors: Guido Chiesa
Actors: Alessandro Tiberi, Angela Baraldi, Bebo Storti, Federica Bonani, Thomas Trabacchi
Genre: Drama, Noir, TV Series, Thriller
District: Emilia Romagna
Province: Bologna (BO)
Locations: Bologna (BO)