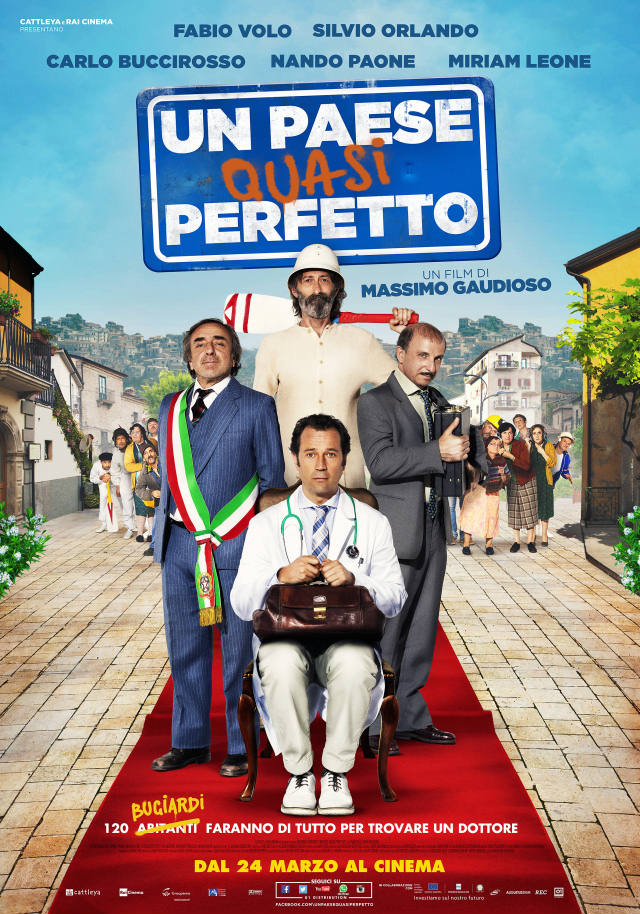 Un pease quasi perfetto The film tells the story of the inhabitants of the village Pietramezzana and their attempt to convince a doctor from Milan to invest in a factory, once a mine, an inexhaustible source of jobs for the locals, has closed its doors. The only weapon to convince the doctor to invest is to make him fall in love, even lying: the inhabitants of the country, then, become a touring caravan, bestower of wonder that can stimulate the willingness of the doctor to revive the fortunes of the country.
Year: 2016
Directors:
Actors: Carlo Buccirosso, Fabio Volo, Miriam Leone, Nando Paone, Silvio Orlando
Genre: Comedy
District: Basilicata
Province: Potenza (PZ)
Locations: Castelmezzano (PZ), Pietrapertosa (PZ)