Cinema: 2018, the year of many Italian authors 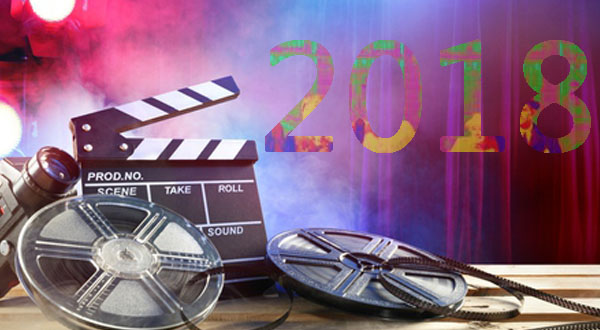 Cinema: 2018, the year of many Italian authors

Italian authors ... 2018 announces itself as the year of the return of Italian authors behind the camera, a long wave that privileges all the news of our country, the story of its ills. A film patrol that could reverberate on festivals, from Cannes to Venice and Berlin, and look with some optimism even at the Oscars.

Many directors on stage

There is something for everyone: from Paolo Sorrentino to Matteo Garrone, from Gabriele Muccino to Marco Bellocchio, then passing through Gabriele Salvatores, Laura Bispuri. Daniele Lucchetti, Alessandro Genovesi, Mario Martone, Paolo Genovese, Luca Guadagnino and Daniele Vicari.

In the name of the chronicle, there is the awaited LORO by Paolo Sorrentino, a surreal portrait of a politician and an ever-green entrepreneur like Silvio Berlusconi (played by Toni Servillo).

And almost a pendant of this film, will arrive in 2018 in the hall, but in comedy, the parable of a finance magnate convicted of tax fraud that is found to spend a year in social services. Told by Daniele Lucchetti in IO SONO TEMPESTA with Elio Germano, Eleonora Danco and Marco Giallini.

On the mafia theme we will see IL TRADITORE by Marco Bellocchio, a film dedicated to the complex figure of the repentant Tommaso Buscetta whose family was completely exterminated by the Corleonesi, his mafia rivals.

Daniele Vicari instead puts hand to another fact of recent news in ON MY SKIN. On stage the story of the surveyor Stefano Cucchi, who died on October 22, 2009 in the prison of Regina Coeli, through the process of trial until the request for the indictment of five carabinieri.

Even Matteo Garrone, after Il racconto dei racconti, returns to crime news and does so with DOGMAN.

A sort of urban western inspired by Pietro De Negri, called 'er canaro'. We are in Rome 29 years ago in the Magliana district when De Negri, a dog-groomer, committed unspeakable violence on the little criminal Giancarlo Ricci after having locked him in a narrow cage.

At CASA TUTTI BENE by Gabriele Muccino, complete with a mega cast composed by Accorsi, Crescentini, Tea Falco, Favino, Sandrelli, Gerini, Ghini and Impacciatore - marks the return to Italy of the director after the American years. It is the story of a large family that celebrates the grandparents' golden wedding on the island where they have moved to live. A sea storm will postpone their departure by opening the Pandora's box of their relations.

DAUGHTER MIA by Laura Bispuri with Valeria Golino and Alba Rohrwacher, a film selected in competition in Berlin, takes us to Sardinia with the story of a 10-year-old girl who lives a quiet existence until she discovers she has a second mother, the natural one.

Finally, in 2018, MADE IN ITALY by Luciano Ligabue with Accorsi, Smutniak and Filippo Dini, whose protagonist is an honest man angry with his country.

ITALIAN WEDDING by Alessandro Genovesi, with Diego Abatantuono at the center of a story that tells the difficulties of those who would like civil unions in Italy. CAPRI BATTERIE new film by Mario Martone on the golden life of intellectuals in the early twentieth century Capri. Among the protagonists Marianna Fontana, one of the twins of 'Indivisibili'.

A 2018, finally, which starts with a great January.

In the room THE INVISIBLE SECOND GENERATION BOY by Gabriele Salvatores and then Call me with your name by Luca Guadagnino in smell of Oscar. Also in January, Paolo Genovese will fly to New York to prepare his most ambitious challenge: an all-American film, THE FIRST DAY OF MY LIFE.