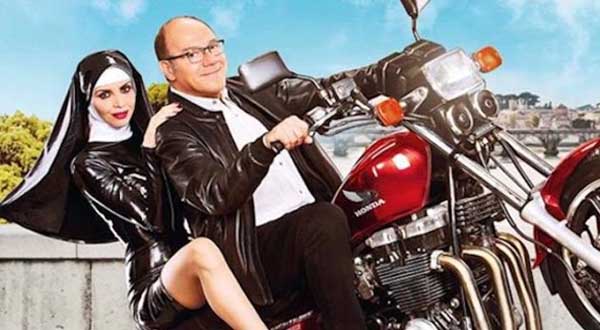 "Benedetta madness", Verdone is the director and the protagonist of this new comedy in which he plays the role of William. Owner of a religious articles store, which is left by his wife after 25 years of marriage.

To revive him from the dark period, we will think the blatant saleswoman Luna (Ilenia Pastorelli), making him know the world of dating apps.

In 2016, Carlo Verdone won the box office with "L'ha fatto grosso" and, in 2018, he will return to the cinema with "Benedetta follia".

The Roman director wrote the screenplay with the collaboration of Nicola Guaglianone and Menotti. While photography is by Arnaldo Catinari and the music by Lele Marchitelli.

"Benedetta follia" will be in cinemas starting from next January 11th 2018 and will certainly go to join the many successes of Verdone.  William, a man of mirrored virtue and immaculate Christian faithful, owner of a shop of religious and high fashion articles for bishops and cardinals. One of those that "a wife is forever".

If it were not for his Lydia, a devoted consort for 25 years, he decided to give it up on the day of their anniversary, upsetting his world and all his certainties. But then an unpredictable job candidate arrives in his shop: Luna.

A girl of overwhelming township, suitable to work in a shop of sacred furnishings like a cubist in a convent. Location of the film produced by Filmauro, beyond Sperlonga, also Rome and Ostia.

In the cast, the nice Ilenia Pastorelli, winner of the David di Donatello as Best Actress for "They called him Jeeg Robot".

A cast then, almost all female, Ilenia Pastorelli, Maria Pia Calzone, Lucrezia Lante Della Rovere, Paola Minaccioni. And many actresses, coming from the world of theater, at their debut in the cinema.