In Foligno, the cinema tells about inclusion 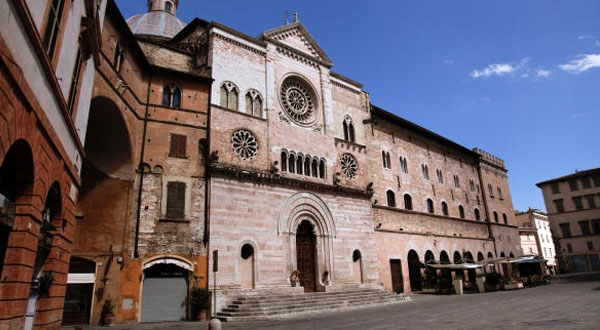 In Foligno, the cinema tells about inclusion

Thanks to this new project, 15 refugees have been involved in a laboratory to make two short films.

A project to tell their stories of meeting and insertion in a new world. Positive stories, stories of a successful cohabitation.

RefugeesIN is the name of the European project, a project involving Portugal, Italy, Greece, Slovenia and the United Kingdom.

A project that falls within the scope of Erasmus + and sees Foligno in the forefront with the Study Center as an Italian partner and the precious contribution of Spazio Zut, Caritas Diocesana and dell'Arci.

In this sense, the language of cinema acts as an amplifier of emotions to stimulate empathy and resilience.

It is a new and above all effective way to show the world through the eyes of refugees and to tell stories of inclusion.

In fact, RefugeesIN is a project that focuses on the opportunities to teach ALL, through a critical analysis of European cinema and the making of documentary films on life stories.

In addition to the young refugees at the workshop, held in Foligno, several adult educators, film experts and reception experts participated.

The lessons of the workshop were held by Michele Bandini, from Spazio Zut, who accompanied all the participants on a journey of discovery and experimentation.

The group then divided into sub-groups allowing the participants to get involved with the shooting, the lights, the audio, the drafting of the set design and much more.

Two short films, two stories of inclusion one through the theater and the other through football.

Two trips in reality thanks to the cinematographic language, the meeting and the sharing.

Soon the two short films will be previewed by the participants in the project.

At this moment, we are also thinking about a public event in which we can project these two products.