L’onorevole Angelina at the Film Festival in Venice

The September 12, 1947, at the International Film Festival of Venice, is presented L’onorevole Angelina, by Luigi Zampa, starring Anna Magnani.

It’s a success; was awarded the Volpi Cup for Best Actress; for the same film the actress then won the second Silver Ribbon. 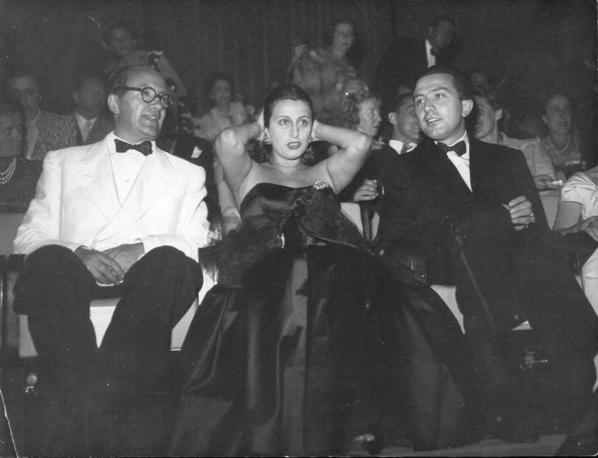 Anna Magnani in the film plays the role of Angelina Bianchi, a seamstress, a policeman's wife and mother of five children.

She drives women of Pietralata to onslaught of pasta stores and occupy the empty spaces of a speculator.

Is tempted by politics but rebelled against the public force is stopped.

She comes out victorious from prison but says it will reject any political office, and back to do the housewife close to her husband and his family.

The film, which was released in cinemas a few months later, November 12, 1947, reached the fourth place in the ranking of the proceeds among the Italian films of the 1947-48 season and also obtained a good international success.

Especially the character of Honorable Angelina quickly became popular, even a way to mark a  "type" of woman.

After all, the movie had all the right ingredients.

On the one hand an actress already famous in the world.

Two years before Anna Magnani had interpreted the masterpiece film Rome, Open City by Roberto Rossellini, where is the protagonist of one of the scenes that they have shaped the history of cinema.

On the other, poverty, misery, desolation, but also the social and human wealth of the suburbs, in particular that of Pietralata.

A harsh reality, the suburbs after the war, dealt with many research, studies and institutional surveys (parliamentary inquiry into the misery of the early 50s).

But also a rich reality of humanity.

The meeting between the Magnani and Pietralata is not a cold meeting.

The suburb is actively involved and many people become extras in the film.

A beautiful testimony is offered by Mario Cipriani, a bricklayer and actor in the film by Pasolini, contained in the interesting book by Enzo Lavagnini "The first Roma Pier Paolo Pasolini"

Magnani also is an active agent for the construction of Angelina character.

The director Luigi Zampa recalls that it was the Magnani to choose, during a suburb survey, how to wear makeup and dress.

Magnani same used the film to bring to the fore the situation of suburbs.

A few days after the release of the film in theaters, on November 21, 1947, during a special screening of the film, attended by the mayor of Rome Rebecchini, Magnani in her speech back to turn the light on the reality of misery and desolation of suburbs.

Follow on the map the places of the film, Go to Movietour "L'Onorevole Angelina"