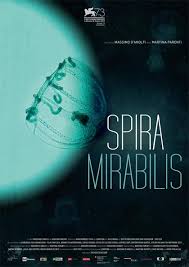 The documentary was shot in various locations around the world. It is based on four stories intertwined with each other which correspond to the four elements of nature according to the Aristotelian tradition. The earth is represented by the statues of the Cathedral of Milan with restorers constantly engaged in their regeneration. Water is the environment in which Shin Kubota, a Japanese singer scientist studies the Turritopsis, a jellyfish that can regenerate itself continuously. The air is that of a couple of craftsmen / Swiss musicians inventors of metal instruments/sculptures. The fire: a small Lakota community committed to the defense of its memory against a society that wants to annihilate them. To these elements it adds the ether that takes shape in the cinema itself. The voice of Marina Vlady accompanies us on the journey. The film is a journey into the human perennial search of the immortality.
Year: 2016
Directors: Martina Parenti, Massimo D'Anolfi
Actors: Marina Vlady
Genre: Documentary
District: Lombardy
Province: Milan (MI)
Locations: Milan (MI)